Help this game reach its goal

The Scourged Realm is a Bloodborne inspired setting made for RUNE by Gilla RPGs. Wield trick weapons, fight citizens that are becoming fiends,  regain your health through vials or aggressive fighting,  and uncover the origin of the Abyssal Curse.

The city of Giernan was a place of ambition and prosperity, as well as poverty and despair. Widening social castes gave way to hatred, and something truly abyssal was brought into the city. Unrest became disorder, and men became monsters. The city was sealed off from the outside and you were trapped. Then everything began to burn.

The Engraved awakens in Giernan: The Scourged City, a realm where the citizens are slowly turning into damned fiends. Wield trick weapons that emulate the fast-paced combat of Bloodborne and battle your way out of the city.

The moon hangs affixed in the ceaseless night, growing ever gibbous, at you trod towards the ocean. A lighthouse stands high upon a seaside cliff, overlooking a fishing hamlet that has half fallen into a cavernous sinkhole. The seabreeze carries the stench of blood, but you feel a strange tugging from the lighthouse, as if the runic carving upon your flesh are called to it.

Here the Engraved can learn how to further augment their weapons and learn more of the Scourge's origin. Meet new NPCs and decide their fate as well as your own.

The constellations call you onward, pulling the wind and the waves that propel your ship. Night stretches eternal until the swollen moon hangs directly overhead. The wind dies and the waves grow quiet. Stars reflect deeply in the waters below in ways they never have in other waters. You drop anchor, diving in after it and grasping the chain so that it drags you deep below towards a glimmering light that rests on the edge of a precipice that promises the purest darkness of the earth.

The Engraved seeks the deep oceans for answers to the origin of the Scourge. If tenacious and clever, they may even survive the discovery.

In order to download this game you must purchase it at or above the minimum price of $7.20 USD. You will get access to the following files:

Support this game at or above a special price point to receive something exclusive.

Each purchase means a community copy is added. If you enjoy it, please leave a review. 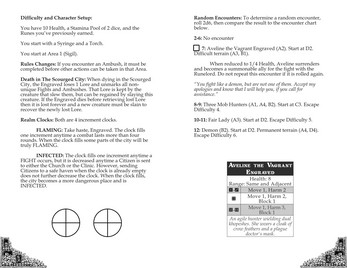 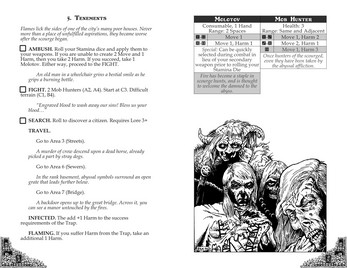 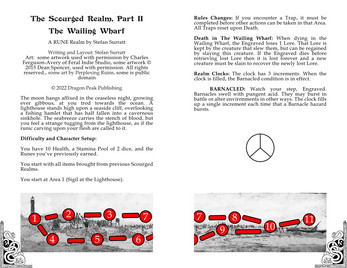 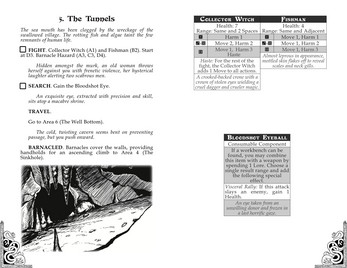 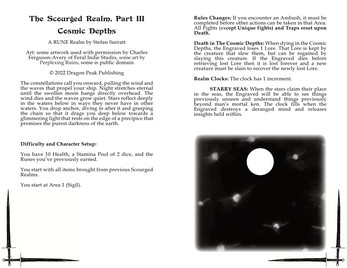 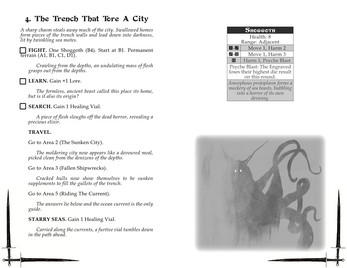